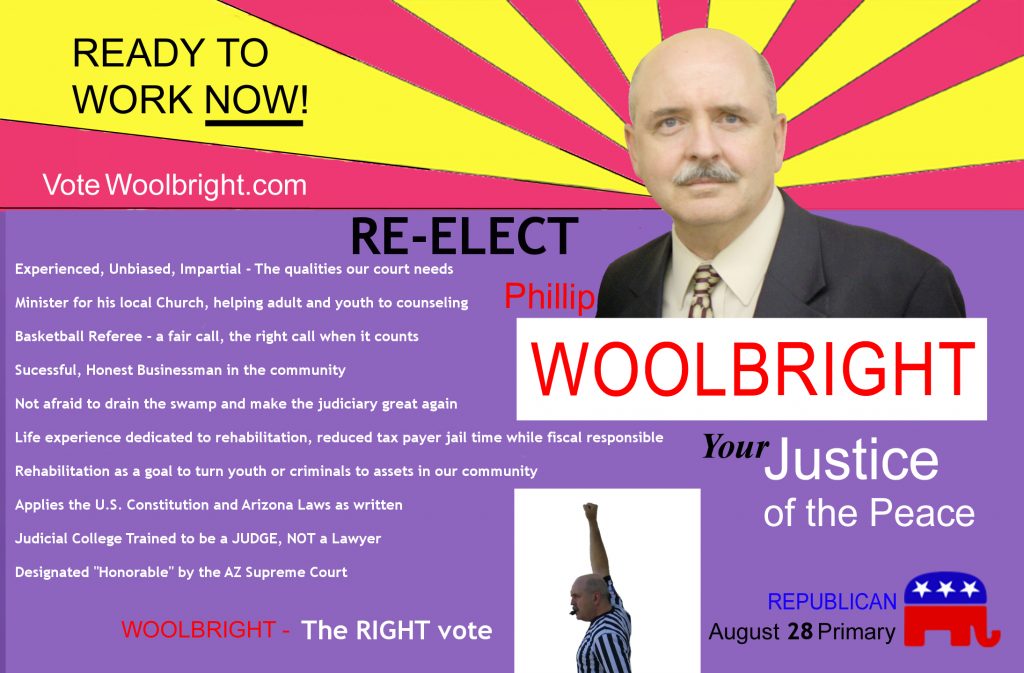 Judicial College Trained to be a JUDGE, NOT a Lawyer
Designated “Honorable” by the AZ Supreme Court
WOOLBRIGHT – The RIGHT vote  *REPUBLICAN* 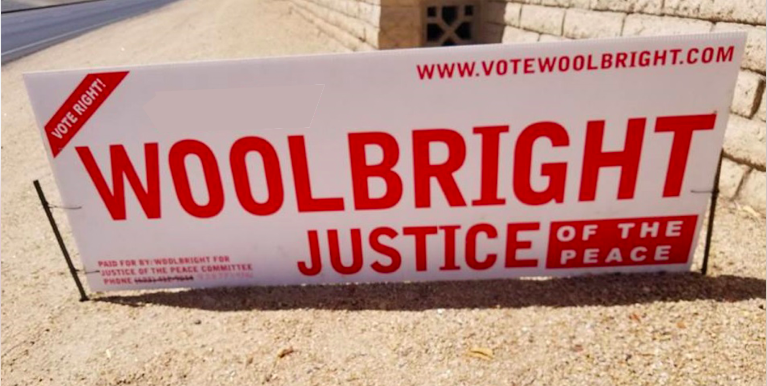 About – Woolbright and his Work

Woolbright volunteered without pay to sit on the bench for years.  He believed that the Judges made to much impact financially on the county.  The funds could be better used for teachers – at a minimum.  The Arizona Superior Court appointed Woolbright to the courts after his completion in 2008 of the classes taken at the Arizona Supreme Court Judicial College.  The education offered, by the Arizona Supreme Court Judicial College about the adjudication of the law, has truly been an inspiration for Woolbright to perform further judicial work and humbly serve his community.  Woolbright does not align himself to the legal industry and is not a lawyer nor has any desire to be a lawyer.  He believes, in his position as a judge, that a citizen trained to be a judge, educated in law, is the best impartial person hearing a case.  Woolbright is appalled at injustice.  Woolbright has the life wisdom and judicial education combined with experience that the Justice Court needs.

A true joy in Woolbright’s life is his missionary work with his religion.  Woolbright is a former Deacon with the church, serving and helping the benevolent and widows.  Missionary work has been an interest of Woolbright for a long time, after loosing his brother at the age of 12 to drugs and alcohol, and seeing the effects of crimes on a family, it has motivated Woolbright to be a servant of the Lord and a sacrificial servant in the community.  Now, with a lifetime dedication to the Lord, this work is a true solitude in his life.

Woolbright is a former Computer Chip Engineer.  His greatest accomplishments included computer chips for the Department of Defense and NASA by subcontracting through major Semiconductor Companies such as Motorola, Intel and Rockwell Scientific. In 1989, Woolbright was one of over 100 designers that build a large microprocessor for the military F18e fighter jet.  Those microprocessors later became the foundation for Intels’ Pentium Microprocessor.  In the 1980s and 1990s new innovations in computer chip technology had been developed by Woolbright for the Star Wars Program started by President Ronald Reagan.  Also, Woolbright developed a patent that helped use artificial intelligence to design computer chips automatically.  Finally, one of Woolbrights’ designs was made for NASA and the Hubble Space Telescope in 2003 called the Imaging Sensor that collects the images from outer space.

At the turn of the century Woolbright helped start a construction company and has developed parcels of land including several small homes around the state for low income families.  The company is still in business to this day called A and B Homes Inc., and contributes to the community with voluntary services to churches and free remodeling advice. Woolbright is also a real estate licensed professional and holds a license as a General Contractor.  The latest project for the company can be found at the website.  www.abhomesaz.com

About – Woolbright and his Family

Woolbright is single father blessed with 4 children.  Two children still live at home.  The neighborhood children find the Woolbright home a safe haven and respect the rules of the house.  Many teens stay at the Woolbright home during the summer and enjoy the atmosphere of safety, good times and balance.  For Decades, the Woolbrights have been very involved in raising Labradors and German Shepherds delivering puppies to good homes. 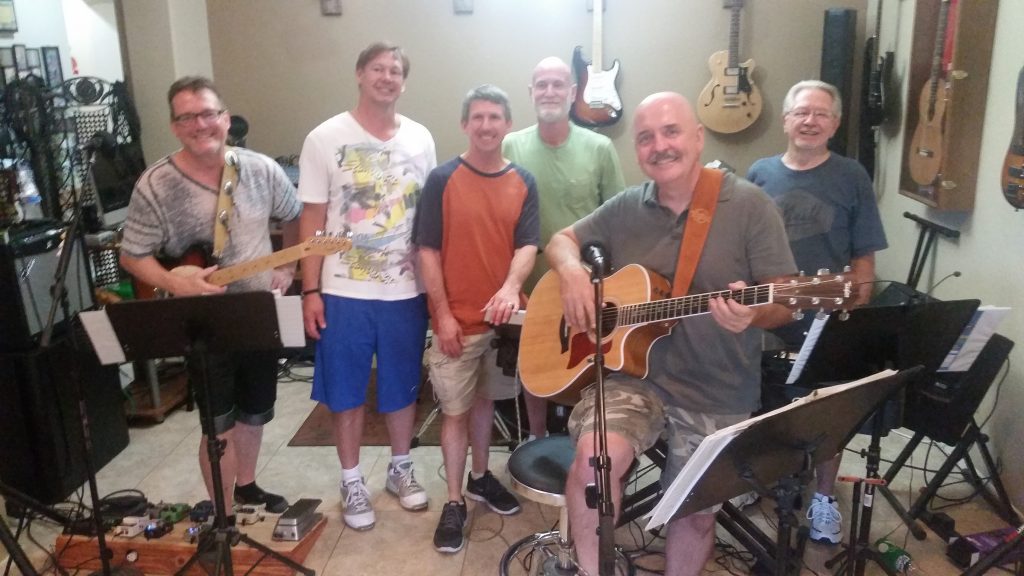 Woolbright has many hobbies such as playing guitar in his soft rock and country band and performing to young children his antics as a magician and juggler for 35 years.  Encouraging his son in music with his band and watching his younger boy make achievements in team basketball.  Other projects include restoration of old classic vehicles with his boys and keeping fit as a basketball referee at the High Schools in Maricopa County for over a decade have made the Woolbright family life full.

“Our community wants an impartial judge.”  Woolbright is impartial

About – Woolbright as Justice of the Peace

The Justice of the Peace serves a four year term and presides over small civil cases and misdemeanor type criminal cases.  That makes the Justice Court a Limited Jurisdiction Court.  Those charged with Driving Under the Influence (DUI) and Misdemeanor cases are heard in the justice courts as well as Orders of Protection, Injunctions Against Harassment, Landlord / Tenant Disputes, Traffic Cases and Small Claims.  Woolbright is impartial.